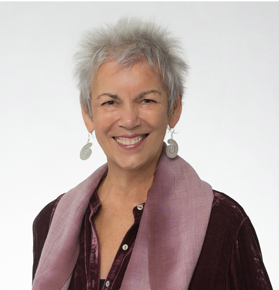 Embodied Presence in the Dance Between Two Nervous Systems

Exploring the intersection between the Feldenkrais Method® and Wholebody Focusing, we will experience and discuss the role of embodied, grounded presence, a non-doing state, in accessing multiple dimensions in oneself, in connecting with our clients, and with the active learning process in the Feldenkrais Method.

I have pursued embodied awareness, movement and learning in many forms for five decades, my path reflecting the growth in the somatic and awareness fields themselves. With a background in the arts and child development, I have studied and taught a variety of somatic practices, and am interested in their intersections. I am certified as a Feldenkrais practitioner and trainer, a Wholebody Focusing trainer and a Laban Movement Analyst, being fortunate to have trained with the originators of these fields.

I have taught in schools, universities and trainings throughout the US, in Canada, Europe and Australia, and have maintained a private practice since 1981. I was a founder, principal curriculum designer, and on the faculty of the Masters degree program in Movement at Wesleyan University.

I continue to study meditation and Qigong.