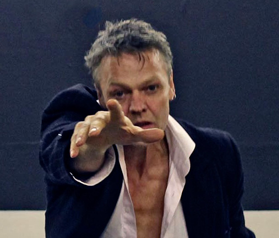 As in the end all maps are drawn, walked and acted out for living life and celebrating love.
As I love both Feldenkrais® and tango, as I love movement.
As tango celebrates and acts out this “vive de l’amour” in pure form.
As Feldenkrais brings me in intimate contact with myself through which I am able to experience life, my surroundings and others in an more intimate and loving way.
As I like that title and it is a bit mysterious and not all clear, so things to discover in it, acting on my curiosity and play.
Upgrade to All Access Pass

ONCE A DANCER ALWAYS A DANCER.
Dance is one of the wonders that I have met in my life. where I experienced that place where there are no questions no more. It is like the intuitive writing that I enjoy doing, when I only find answers, sometimes years later when my cognitive brain finally caught up with my more intelligent whole self. Or the process of creating a performance that only brings to us and opens doors.

I have worked with wonderful and inspired teachers and genius choreographers whose work was always more than a dance, more than a play, steps or technique. It tapped into the physical intelligence and imagination that I carried within me from childhood, growing up on a farm.  I was a wild and shy kid with an imaginative mind in a not very verbal communicative world. The dance took me around the world (LaLaLaHuman Steps, Amanda Miller, Shusaku Dormu and many others, teaching tango and movement) allowed me to play, to dream and meet rich environments.  And of course the pleasures of a moving, working, thinking and poetic body. Growing up is something I only recently discovered and there was and still is a lot to learn.

Learning became my thing and I discovered a method that calls itself  FELDENKRAIS after its founder Moshe Feldenkrais. One of his books has the very appropriate title, “Body and Mature Behavior “(A study of Anxiety, Sex, Gravitation & Learning). Our innate ability to learn and to grow till the day we die is the spine upon which it is resting.  It is physical and mental in connection with awareness and the sensing. It works with the foundations we are built on.  Through the material, the body, the movement as how we got formed as babies into grown ups, this intricate bond and interaction between our actions and our forming brain.
I followed  the training (2005-2008) and became an accredited practitioner. It taught me that my curiosity, playfulness, imagination, fearlessness, and a strong own mind together with the farming life made me into the dancer, performer and teacher I became.

I was able to adapt and crawl into many different skins, of which I later also learned the downside.  As well as that you can be ’locked in imagination’, and that I was not fearless nor strong in every field. I am still learning, now about emotional intelligence.  Before I was always looking for when it was finally done, when I would reach my end goal where life would begin I thought. I have now come to enjoy the process of life as it is. The now that hangs in between the past and future. The I where all materializes but not ends. Not only am I learning, I became a teacher in movement, dance, Argentine Tango and a Feldenkrais Practitioner, enjoying to provide others with the creative environment to learn. It is always about the people, the dance and our moving bodies are solely its medium.

On October 24th 2013 I finished a year advanced training in the ‘Jeremy Krauss Approach-Feldenkrais Method® for Special Needs Children’. A wonderful work that taught me we are either all ’normal’ or all with ’special needs’.  We are people where divisions in age, gender or ability are futile,  this work makes us realize and feel this. To sense ourselves is our biggest tool for change, health and our happiness. Something big that the Feldekrais-method is teaching us about.  To sense, to think, to act and to feel. We are not the medical cases, sicknesses, the disabled or failings they make us believe to be. How to uncover the ones that we carry in us and we can become.

That is the power of the creative, of dance and of this work.
Whoever said it would be easy? And who said, Change, yes we can!

The theme by which I work and live;

“We are taught things as if they were divided,
And man leaves them divided.
Rare are those who consent to the patient effort required to reassemble them.
The secret of a good drawing is in the sense of its concordances:
Things launch into each other,
Interpenetrate and clarify one another mutually.
This is life’s way.”
–Auguste Rodin

AT PRESENT
I give workshops in Feldenkrais for groups and I work with people individually.
I am a teacher in Argentine tango and movement in many countries through Europe.
A maker of performances, and giving creative workshops in dance connected to theatre.
I also work with individuals and groups who are interested in the communicating and interacting side of the body and its own intelligence (movement, dance, feldenkrais, theater) in relation to the cognitive, the mind and emotions.
I am writing by myself and in a collaboration with my friend Fred Daane.
On Thursday evenings you will find me cooking at the CousCous club of Wouter, next to Cinema Rialto in A’dam.
Bennie Bartels born in Vierlingsbeek, Netherlands 1963, June 12.
Living in Amsterdam at the moment but mostly moving around.
Since 12 years I own a red wooden summer house in Sweden and a wagon in the south of Holland.